The NCCCAE Building Knowledge course was a pilot project of the North Central Canada Centre of Arts and Environment, delivered in September 2017, with support from the Flin Flon Arts Council and Flin Flon School Division. 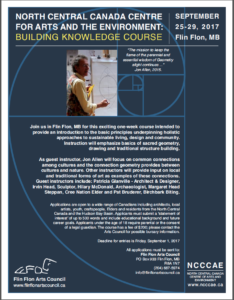 (note: materials will be added/updated as course start date approaches)

The Herbalist in Each of Us (handout) 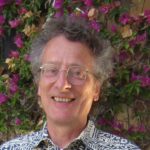 Jon Allen – Jon is a practising Architect (qualified 1982), and an accredited Conservation Architect.He was a tutor on the Prince of Wales’s first Summer School at Magdalen College, Oxford in 1990; and since then has tutored on The Prince of Wales’s Institute of Architecture Foundation & Graduate courses, The Prince’s School of Traditional Arts, and the Prince’s Foundation Summer Schools in London and New Orleans.For many years he was on the Design Review Panel of the Department of Health, latterly as a chair; and a judge on the Chilterns AONB Design Awards.His special interest and the focus of his architectural practice has been Geometry, since he started working with Professor Keith Critchlow, world-renowned Geometer, in 1985. He has published two books on the subject, Drawing Geometry and Making Geometry, both published by Floris Books, Edinburgh. 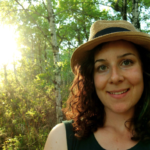 Kjelti Anderson – Kjelti graduated from Malmö University (Sweden) in 2010 with an Undergraduate Degree in Language & Cultural Studies. Upon graduating, she returned to Canada to pursue community-based work related to plants & permaculture. Kjelti’s experience spans diverse ways of connecting people to nature through art and ecology. She has been involved in varying capacities in multiple land-based educational projects in Saskatchewan since 2011. 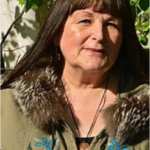 Pat Bruderer – Pat Bruderer/ Halfmoon Woman represents the preservation of one of the oldest indigenous art forms in North America. The art form is called Birch Bark Bitings and Pat is one of the few current practitioners of this ancient first nations art. She was born and raised in Churchill, Manitoba, Canada and is of Cree ancestry and a member of the Peter Ballantyne First Nation. She is a mother and grandmother and currently resides in Thompson, Manitoba, Canada. Halfmoon has always been an active community member, teaching art, volunteering, and creating programs to assist first nations communities in Canada. Halfmoon Woman is self taught in the ancient art of birch bark biting, and was inspired by the work of Angelique Merasty of Flin Flon, Manitoba. Halfmoon feels great responsibility as a carrier of this valuable art form, and strives for it’s preservation, and for the teachings that it holds. 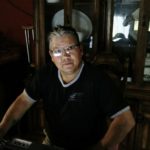 Irvin Head – Irvin Head is a Metis man of Cree and Belgian descent. He was born and raised in Northern Manitoba and resides in Cranberry Portage. Irvin discovered a great passion for carving and artwork, working with soapstone, alabaster, pipestone, moose antler and diamond willow. Irvin has shown his work internationally and across Canada, and is the co-chairperson of the Cranberry Aboriginal Arts Committee and the Co-President of the Manitoba Aboriginal Arts Council Inc. 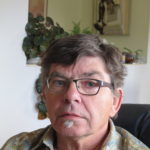 Tom Heine – P.Geo. Thomas studied Geology at the University of Windsor in Ontario, graduating with an Honours Bachelor of Science (Geology) degree in 1974 and a Master of Science degree in 1977. He has been involved with the mineral exploration industry since 1970. In 1992 he and his family moved to Flin Flon to take on the responsibilities of the Regional Geologist for the Flin Flon region with the Manitoba Geological Survey. He continued in this position until his retirement in 2015. Throughout his years in Flin Flon he has become involved in numerous activities, including the Flin Flon Community Choir, Ham Sandwich (the local theatre group) and the Flin Flon Station Museum Board. He has a mineral collection specializing in Canadian specimens. Most days he enjoys working with wood and stone and has used natural materials, some locally obtained, to enhance his personal environment. 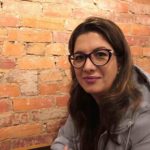 Shabnam Inanloo Dailoo – Shabnam Inanloo Dailoo is Assistant Professor and Director of Heritage Resources Management Program at Athabasca University. She is the co-chair of the National Trust for Canada’s National Roundtable on Heritage Education, a member of the Ministerial Advisory Committee for the Update of Canada’s Tentative List for World Heritage Sites, and a member of ICOMOS Canada’s World Heritage Task Group. Inanloo Dailoo has extensively researched the interrelation between culture and nature and the application of cultural landscape approach in managing cultural places. Her research interests also include Indigenous cultural places, sacred cultural places, values-based management, community engagement, and intangible cultural heritage. Her PhD dissertation examined the challenges and complexities of the identification, designation, and conservation and management of world heritage cultural landscapes. During her post-doctoral research with the Canada Research Chair on Built Heritage, she examined the application of a values-based approach in the management of landscapes that are culturally significant. She has published and presented on emerging concepts and new approaches to heritage conservation, and remains an active member of the heritage community. 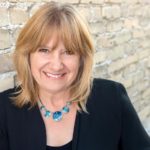 Crystal Kolt – Crystal Kolt, O.M., is a talented musician and dynamo arts executive who, with boundless enthusiasm, dedicates an incredible amount of energy and hard work to developing a thriving arts and culture scene in the north. Kolt is a typical Canadian artist who has several jobs. She is the cultural coordinator of the Flin Flon Arts Council, coordinator of Culture Days Flin Flon, a member of the provincial task force for Culture Days Manitoba, Chair of the North Central Canada Centre of Arts & Environment Committee and director of the Flin Flon Community Choir. 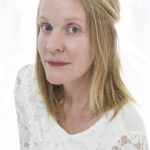 Hilary McDonald – Archaeologist, Photographer BA, BDes, MSc – International Museum Studies. Hilary currently works for the Epigraphic Survey in Luxor, Egypt where she photographs inscribed stonework to assist in scientific documentation. Other recent work includes the Iraqi Emergency Heritage Programme with the British Museum which took her to south Iraq for 6 weeks with an international team in Autumn 2016. She is experienced in a variety of documentation techniques and has been working as an archaeological photographer in the field since 2008. She has experience working on excavations in Syria, Turkey, Kuwait, Egypt and Iraq and is drawn to working and travelling throughout the Middle East. Away from the field, she has experience in Canadian archaeology, museum workshop training and assisting in running a community centre in Alberta. She is passionate about cultural heritage and has used her skills in design and photography to best present archaeological work and ideas. Trained in museology, she has researched museum objects and their relationship to source communities. She uses her personal photography to convey ideas about the passage of time — the traces on and of things left behind. Recently, she initiated a repatriation project where local art returns to its original landscape. 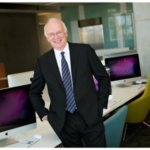 Frits Pannekoek – Frits Pannekoek, Ph.D. A.O.E. is Professor and past President of Athabasca University. He also serves on Red Crow’s Mikaist’o Foundation Board. He has written widely on Western Canadian history, heritage and on cultural policy. His most recent books are with Arthur Bear Chief on Arthur’s years at Old Sun Residential school, and with Ruth Gorman on John Laurie and the Indian Vote in Canada. He teaches in heritage, Western Canadian history, Metis history and Canadian social history. In 2015 he was awarded the Alberta Order of Excellence for his contributions to the preservation of Alberta’s heritage. 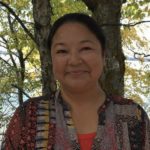 More about the instructors

Want to pay for an essay, but have no idea which service to turn to? Look at our individuals and select the main one which will help you handgrip the appropriate task

But juneau’s skepticism of washington may not persuade many voters to ultimately homeworkhelper.net cross major partisan divides.

The North Central Canada Centre of Arts and Environment (NCCCAE) is a working title for a community development initiative in the Flin Flon/Creighton/Denare Beach area, on the border of Manitoba and Saskatchewan, Canada. Read our mission and vision here.